Mandurah is a coastal city in Western Australia, situated approximately 72 kilometres (1 hour) south of the state capital, Perth. The first people known to have inhabited the area were the Bindjareb people of the Bibbulmun Nation. The locality was known by Aboriginal people as Mandjoogoordap, which translates as ‘meeting place of the heart’.

After European settlement the City’s name was adapted to Mandurah, and since this time Mandurah has emerged from a small fishing and holiday community to the largest regional city in Western Australia. As a community, Mandurah is united in building its economic potential, preserving its environment and celebrating its culture. It strives to be the place where a thriving regional city and the heart of a village meet.

Mandurah boasts a typical Mediterranean climate and relaxed coastal lifestyle. It is situated between the Indian Ocean, the expansive waterways of the Peel-Harvey Estuary and the lower reaches of the Serpentine River, with the Jarrah forests and farmlands of the Darling Range to the east. 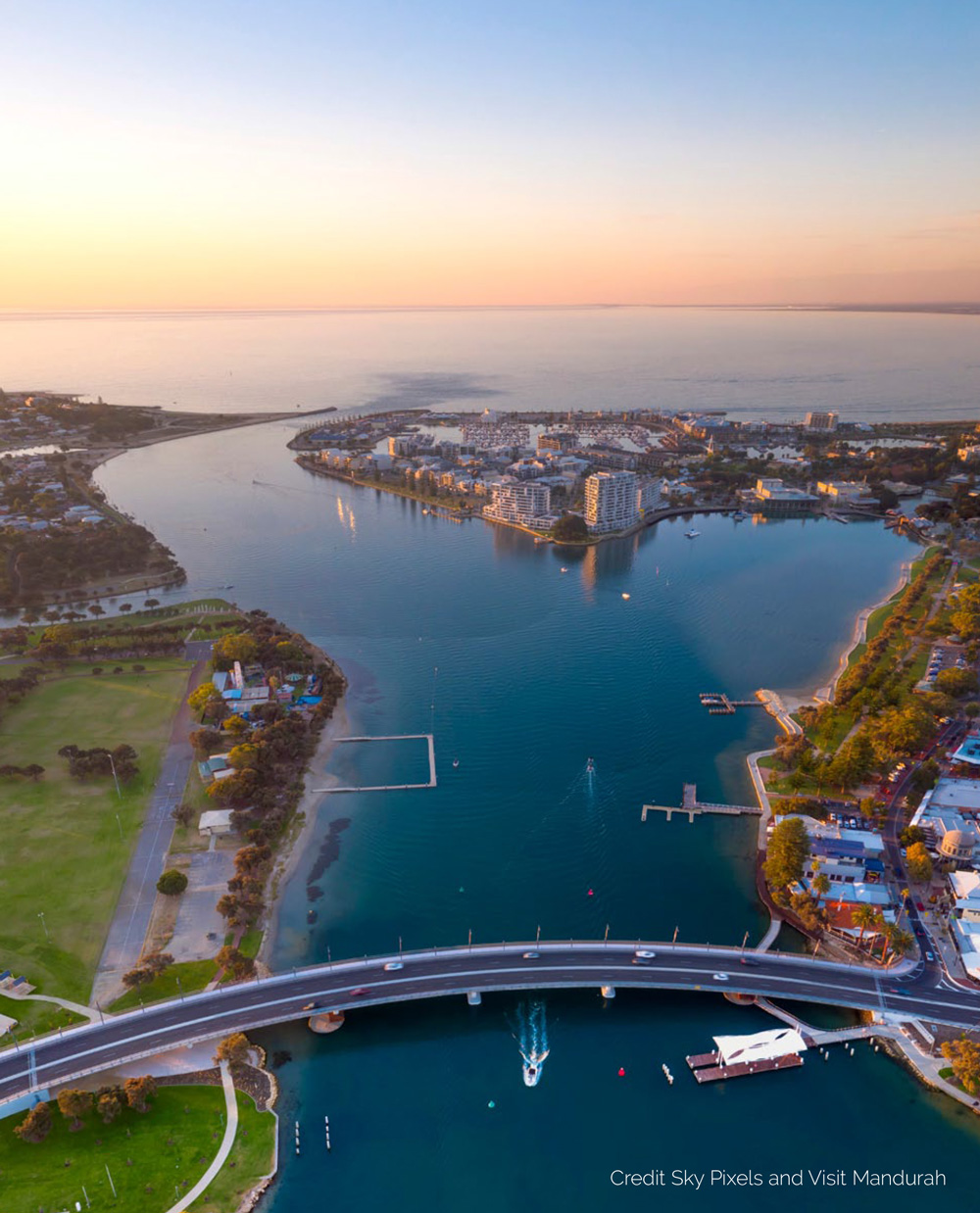 Mandurah Performing Arts Centre (‘ManPAC’) is
more than a performing arts centre. It’s a hub for
extraordinary, dynamic and creative ideas – a centre for the arts.

ManPAC is a national leader in the curation and
presentation of quality arts and cultural experiences that are relevant to local artists, audiences and the community. It is committed to presenting, commissioning and creating work which aspires to build a more inclusive, resilient and enlightened Mandurah community.